This recurring  review series will see me giving opinions on the various albums I include in each installment, but they won't be in depth think pieces. Instead they will be short pieces on each release and what I think of them after listening to the album for the first time or the first time in a number of years.

It isn't much of a secret that I am a huge fan of both Bad Company and singer Paul Rodgers. In fact, I could swear that I once owned this album on CD but it must've gotten lost somewhere along the way.

Thankfully, the cassette copy of the album was a way to rediscover the gem that is the Now album. The entire first side of the album is chock full of one great song after another.

The album opens with "Soul of Love" which is just the first of a number of blues and R&B infused rockers. You get the classic vocal sound from Rodgers (who is in fine voice throughout the album) as well as getting to listen to guitarist Geoff Whitehorn.

While Rodgers wrote 9 of the 11 songs on the album, it was quite invigorating to listen to how Whitehorn ran through the guitar lines on each song whether it called for him to cut loose with a shredding solo or restrain his playing to a soulful lick here and there. Other rockers to check out include "Saving Grace" and the closing track "Holding Back The Storm".

There's an effectively moving ballad in "All I Want Is You" and the low key style of "Love Is All I Need" is enhanced by the use of a vocal choir.

While at times the music might make you think that this could be a "lost" Bad Company album, the album really stands on its own as a solo recording for Rodgers.

The one knock on the album would be with the song "I Lost It All". While the middle of the song grows into a big pounding stomp with some outstanding guitar riffs and an unrestrained vocal turn, it is bookended by a slow mournful cadence to the music that makes you long for things to get going.

While the idea of Paul Rodgers being involved in yet another quality music project isn't a groundbreaking assertion, getting to listen to Now like it was a new musical experience helped make me dig what I was hearing all the more. In the first installment of The Cassette Chronicles I wrote about Money's  Can't Hold Back album and how beyond the two hit songs from the release, the album was otherwise rather weak for material.

This release was the follow up and it is surprisingly much more of a cohesive album despite really only having one hit song, the solidly entertaining "Walk On Water". Working in concert with guitarist Richie Zito (who played guitar on eight of the ten songs as well as co-producing and co-arranging), Money found a real solid groove here.

While the more commercially oriented material is the main component, there's a couple of full on rocking tracks. "Forget About Love" and "Bad Boy" have a strong guitar that runs throughout each song. The solo on the latter song is electrifying while the more aggressive than expected guitar work on the former song at first surprised and then delighted.

The track "Let Me In" has kind of annoying build up in the chorus but the song was otherwise solid. And the atypically good but not sugary love song "Pull Together" was lyrically potent.

All in all, this album took me a little by surprise and I'm pretty happy that was the case.

Note of Interest: Guitarist Stevie Salas made a guest appearance on the track "Let Me In". 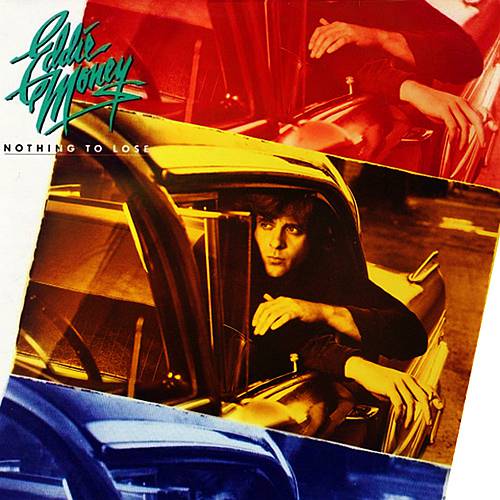 When this album was originally released, I loved the title track. But in all honesty, I don't think I've actually heard the song in the proceeding three decades. You can chalk this entire album up to the notion that sometimes nostalgia bites you in the butt rather than reminds you of good times long past.

I'm not entirely sure what the point of the album was for Buckingham. The title track doesn't live up to my memory of it at all. The vocals are entirely overproduced which leads them to seem either buried in the overall mix or treated as an afterthought throughout.

The "song" called "Play In The Rain" is the last song on the first side of the album and carries over to be the first song on side two. The only problem is that the track comes off more as a conceptual and/or experimental exercise rather than a real song. It's a mostly existential wankfest.

Even the most interesting song, "Loving Cup", is ruined by the vocal production.  I think if I ended up listening to this album again, I must might live up to its title and actually "go insane" for real. For anyone listening to the radio in early 1985 when the Autograph song "Turn Up The Radio" gave the band their signature (and only) hit, that lyric was a great summing up of how it was to be a rock fan in the mid 1980's.  The song is still a hard rock anthem to this day.

As for the album the album the track was released on, Sign In Please had a few good companion songs but nothing that compared to the celebratory anthem that made the band so memorable today. The debut album's  1980's production decision to add keyboards to everything in an attempt to give songs a glossy sheen left the band sounding what is today described as an AOR sound as opposed to a straight up hard rock sound.

Sometimes that keyboard heavy sound works, such as with the track "Night Teen & Non Stop", but for the most part it robbed songs of an edge that the material could've used. But when they weren't overwhelmed by the keys, songs like "Deep End" really shined. And despite the impossibly cliched novelty song title and lyrics to "My Girlfriend's Boyfriend Isn't Me" is a rather catchy rocker.

Steve Plunkett had a really cool voice with a full throated rasp that gave the band's sound a little bit of roughness that didn't get polished over. Unfortunately, the majority of the songs on the album just kind of fell flat.

Notes of Interest: The band played 48 shows opening for Van Halen before they were even signed to a record label. They broke up in 1989 without ever really benefiting from the whole 80's metal scene beyond "Turn Up The Radio." However, guitarist Steve Lynch and bassist Randy Rand got the band back together in 2013. Steve Plunkett declined to take part in the reunion but gave his blessing as the band recruited a new singer and drummer. 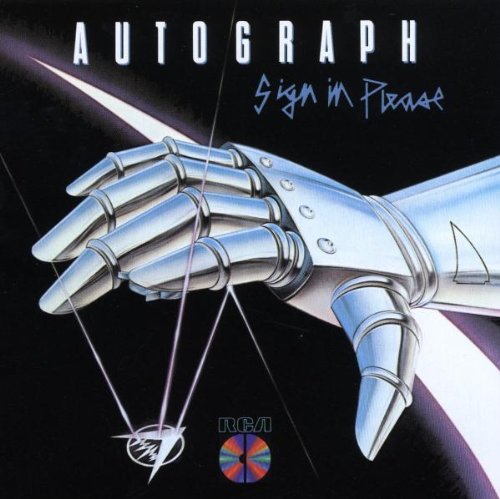 Interesting list of cassettes here TR.  I'd love to hear that Paul Rodgers album some time.  The Eddie Money as well. Reading the first two installments of this series has made me want to pick up some more of his work.  It's something I'll keep my eyes open for.

I'd also like to hear the Autograph album again.  It's been a long time since I've heard it.  I had it, probably on tape, but I have no idea where it's at these days.  I'm sure it's gone.

Forgot to say, that Paul Rodgers album cover is horrid.

As long as the music is good, I'll live with the lame cover art.

I've got three more albums picked out already for the next installment.