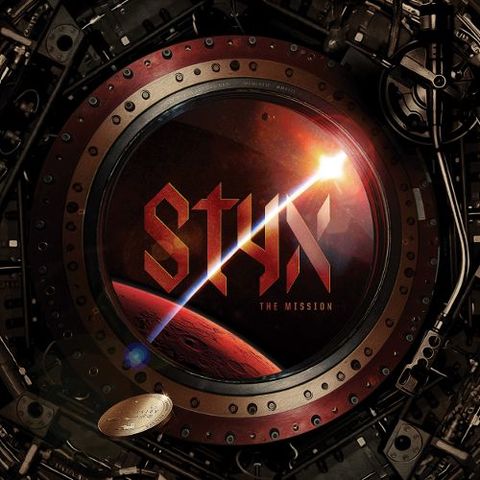 1. Trouble At The Big Show 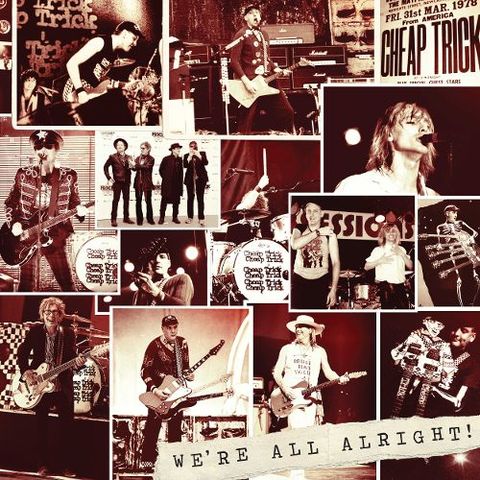 Thanks for not including Gone Gone Gone since I heard that song and now 5 other tracks from the CD, which is still less than half of the whole deal. Got to hear all the songs before I can make up my mind, but so far so good.

Cheap Trick, not bad. I only have one question though: When would they record songs again in their Heavy Metal soundtrack style, or is that the things of the past?

They still do, if you're talking about hard rock. This is from their last album:

I wasn't implying to their heaviness. Surprisingly, they are still doing fine in that department, but rather on those interesting arrangements they only produced on the Heavy Metal Soundtrack. I guess it was a fluke. If I compare anything else I've heard from them, with I Must Be Dreamin and Reach Out, I get the feeling they are two completely different bands.

Received my copy of Cheap Trick a few hours before Jon so I have heard it a couple more times than him ...  Gotta say, this one is strong!  Worst track is the opener and its a cool tune!  But I also noticed an uptick in the bombasticness of this one.  I thought the last album sounded great as well, and it does, but this one is better - though the two albums are written with similar styles...

I picked up the deluxe edition of the Cheap Trick album on Friday. It comes with 13 songs. And yet, I found out that the Japanese edition has 15 tracks.

I'll be reviewing the disc as soon as I can get to listening to it.

Styx - This is very, very good.  I liked Cyclorama.  I think this will be even better!  I do think the high vocals could be better with DeYoung, but maybe not.  Who knows if he could still do it?  I also only seemed to hear one lead vocal by JY. Maybe I missed something...either way, Gowan sounds good.  But it seems as though this is the Tommy Shaw show for the most part, as it seemed like he has the vast majority of lead vocals.  There also seems to be a good bit of slower songs, but they all sound great.

Anyway, I'm pleased.  Can't wait to spin it in it's entirety again.

Cheap Trick - I really enjoyed last year's release.  I've listened to this once all the way through, and then these five songs just now.  I have to say, I'm not feeling it yet.  Doesn't mean that won't change.  It rocks pretty hard, that's for sure.  But I kind of like a sprinkling of ballads or slower, more melodic songs from the band.  Maybe I just need to keep spinning it.

I already dig it more that the previous album.  Its heavier and more relatable to their earlier work, that and I can feel the bass drum kicks when I turn it up loud, and that's cool!  That said, its also not far off Big Bang Zoom Hello, combine them and we've got a killer double album

So I know the question your asking yourself now, will Scott supplant this album over Steven Wilson for album of the year?  Probably not, but it may come close...

THE BAND FORMERLY KNOWN AS STYX ... At least JY's still got it!

I know who the trouble is at the big show, its some weirdo who thinks he personifies a legend by apeing him from head to toe, with the exception of that stupid spinning and bending keyboard.  Ya, that's his creative input, that and some weird cosplay (at least he ditched the paradise theater costume, or did he?)...  woo friggin' who.  And so this troubles me greatly because that opener was pretty goll-darn good!  Shizzzz!!!  now what!  Good thing Shaw and JY are the primary writers it will save this...  Love the rocked up distortion in what could've easily turned into a droner that is Radio Silence.  Time May Bend ...  well ... clearly this isn't the Gowanless edition (which still needs a release date).  As I thought, it would be better without this tune.  Red Storm, well JY saves the day again with some cool rock geetar work.  Khedive, whatever that is.

I was hoping to hear some of their early prog influences that some reviewers have been talking about, but its not here.  I liked the Gone Gone Gone tune, liked the opener to this playlist and tracks 2 and 4 really benefited from JY's influence.  I'll admit to still being interested in hearing the whole thing but only if I'm allowed to fuss when the parody makes appearances...

There is some prog influence.  Need to listen to the entire album.

CT - Agree with Scott, that this does sound better than their last one, but you need the deluxe-version, because the last 3 songs are among the best. But why did they steal a riff from the Kinks (second song)? When I first heard the start of that song, I was sure it was a cover.

Bottomline: The album is better than I feared, but it's still not really CT without Bun.E.

Styx: Honestly, I have no clue who's in the band and who's not, beside DeYoung not being there. I really had not planned to hear this album at all, but I saw it was out and thought, I would give it a try, and holy shit was I surprised!! Great production-sound (sound like an album from the late 70's), and I love a good concept-album, even though the story about a trip to Mars seems like something, you've heard many times before. The songs didn't seem THAT strong, hearing them that first time, but they might grow on me. some of them did sound very good, though, none of them sounded bad in any way. There are some Prog on this album, and of course I love that. Good guitar-sound, only not enough imo. I've only heard the album once, but I'm certainly looking forward to later this day, hearing it again. I'm convinced it was my big mistake, not taking Styx more seriously back in the late 70's, meaning I should had bought some albums. I'm sure I would had been as big a fan of them back then, as I was a fan of Cheap Trick.

There are several really great albums from the real Styx...  My personal favorite is The Grand Illusion followed very closely by Pieces of Eight and Paradise Theater...