ROCKOLLECTIONS: SALUTE TO RADIO- THE RADIO IS ON

As the 15th Anniversary approaches, I wonder if I can do 20?
Seems far away, but I sure have a lot ideas I haven't gotten to.
And hey, I was wrong when I wrote in the opening half that I would be playing one of the all-time great Rock & Roll Namedropping tunes.
It will come later.
That's what happens when you do the show and then write about it days later...especially on a Sunday night!
Besides the Music, I am going to have some fun with how people pronounce Rockollections- it always makes me laugh when they break it into 2 words, like I am doing some scintillating Geology Radio Show, lol!
There's quite a mixture of Groups and Artists in here.
And I am STILL just getting started!
Here are the links to listen and visit Radio Land...or is that Radioland?, Free-Form Pell-style, at Mike Pell Rockollections:
At Podomatic:
http://radiopell.podomatic.com/entry/2013-10-01T19_46_35-07_00

Jon, that's not how Mark Twain did it, lol!

See, I miss the old days, when I could line up against a guy in hockey and the minute the puck was dropped I'd hit him as hard as I could.

And I never wasted an opportunity...I wouldn't just drop my stick and gloves, I'd throw them at him while doing so, at times opening up a clear shot as he ducked them.

Nowadays that's against the rules!

Man I miss those days of venting.

I have no idea. It must have been my line of thought at that exact moment as I typed.

Man, you gotta learn to take it easy.  Does it make you even more mad because I said that?  It does some folks.

Comment by Mike Pell on October 5, 2013 at 2:16pm
RJ,
They just didn't grab you?
The way I feel, I'll grab you, lol!
I had to stay away from people for those days- I went to a cafe where nobody else I know goes...and 2 people came in who know me!
I wanted to hit them.
I was so livid I not only turned the phone off in my house but the answering machine too!
I'm telling you man, I am STILL nuts!
No show next week, I couldn't record- but I should have something to say!
Radio Land by Michael Martin Murphey was the sleper in that chapter.
I am glad you picked it for the Golden Pell winner- that was my choice too.
Somebody tell Jon, lol!
I too have no love for that song by The Buggles, but you can see why any Series on Radio would have to include it.
I have no love MTV either, lol!
Sucked when they actually played the same music over & over, sucks even more now!
Like I could care about Snooki and those other clowns...those other shows in fact!
Thanks for the listen and writing,
Mike the Livid!

She's nice, but what is it, where does she fit in? 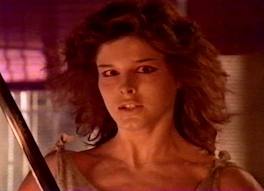 Comment by Mike Pell on October 5, 2013 at 1:29pm
Jon,
My goddam computer crashed, was in the shop for over 3 days, and intensified my hatred for these machines!
As a result I am in one pissed off mood!
You didn't pronounce ROCKCOLLECTIONS, you just wrote it.
Besides Bond, you sure know your 80's sex comedies, lol!
No not RAP...I will NEVER play RAP...or that other crap hip-hop.
Paul Shaffer annoys me, not as much as Letterman, but he knows his Rock & Roll.
How did this one get in here, Lucinda Dickey...who is that?
That don't like country song...I like it, and I think RJ gave it a Golden Pell- figures you'd be on the other side of th mirror, lol!
Great lyrics in that song.
Radioland is as close as your Radio, he got there by just rolling over in bed.
Congrats on the Mark Twain books, you almost write like him!
Cashman & West are GREAT, they just never made it big time- I'll be playing them as often as I can.
Radioland is also Radio Land.
Video never killed the Radio, that's why MTV is now misnamed...where's the Music there, lol?
Maybe Radio killed MTV?
Thanks for the listen, and cryptic writing, lol,
Mike

Okay, I'll admit, this group of songs didn't quite grab me like the last group.  Not that they were bad, they just didn't grab me.

Once again, I'll be short as I listened to this on the move.

Radio Land by Michael Martin Murphy.  That's your Golden Pell winner.  Although that little song right after it with all the censored words was pretty funny.

And I have no love for that song by The Buggles, even if it did usher in MTV.

Umm...what? ROCKCOLLECTIONS. See how easy that was?

A band called Night? Knight? Damn, that song sounds so 80's. The geetar sounds like something from a Rick Springfield song. As a matter of factual fact, it sounds like a Springfield song. Wonder if this song was in one of those 80's sex comedies. Boy meets girl at the beach, they have a misunderstanding and he's tossed into jail, she bails him out because he knows nobody else but she tells him to never ever speak to her again but then the dastardly villain has a party and the girl goes and she finds out what a...

This song sounds really, really old. But it can't be. They didn't have rap in the 50's. I know this. Research. Kinda reminds me of "Parents Just Don't Understand". I think Prince & Jeff did that song. BOOGALOO! It's from Breakin' 2! That's the movie with THE ELECTRIC BOOGALOO!

Paul Schaeffer is the most annoying musician ever. He just annoys the living crap out of me, as well as the dead crap.

Lucinda Dickey was in the Breakin' movies, plus she was in the greatest possessed-by-a-ninja-movie ever made. She was smokin' hot as well!

Jean Claude Van Damme was in one of the Breakin' movies. He danced.

A song played while I typed all of that. Now another one is playing. It's country. I don't like country.

I once had cowboy boots. Wore them once. Felt silly wearing them.

Where exactly is Radioland? Is that near Toon Town?

He fell in love in Radioland? How did he get there? Train? Plane? Boat? Skateboard? Rollerskates?

Wait....someone else is in Radioland!! How did THEY get there? Did she just say "hardcore"? Gimmee, gimmee, gimmee.....wait. This song is kinda weird, it's like she's not singing with the beat. She's doing her thing, the band is doing theirs and never the twain shall they meet.

I read a couple Mark Twain books. One I liked, the other I didn't.

What song did I miss?

Radioland is ONE word.

"He also stole the car."

Ah-ha! THE BUGGLES! I TOLD YA! Kind of eerie this song. They were dead on about video killing radio, forget the star part.